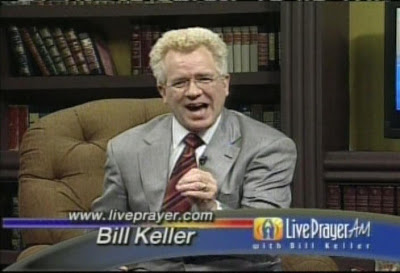 Not-Romneys Take Off The Gloves “Romney and Mormons will quote from the Bible to further their deception of being a Christian, but don’t believe the Bible is the inspired, inerrant Word of God as Christians. Instead, they view the Bible as a flawed and incomplete book, using the writings of Mormon founder Joseph Smith, the Book of Mormon, the Pearl of Great Price, the Doctrines and Covenants, as their theological authority. Romney and Mormons also view Biblical Christians as inferior to those in their ‘church.’ Romney also believes in Smith’s ‘White Horse Prophecy’ that states the nation will be in chaos, a Mormon will become President, and under the guise of saving the union set aside the US Constitution and enact a Mormon theocracy. These fantastical beliefs are why Romney and Mormons are no more a Christian than a Muslim is!” – Televangelist Bill Keller, from a press release sent out yesterday by Christian Newswire.