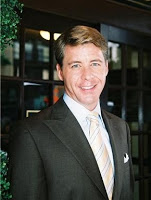 “Ann Coulter, the honorary chair of GOProud’s Advisory Council, is rarely wrong — and when it comes to the 2012 Republican nomination, she is spot on: If conservatives want to defeat Barack Obama, then it is time to rally around former Massachusetts Governor Mitt Romney. [snip] Not only do I believe Mitt Romney should be the nominee, in the wake of the results of the Iowa caucuses it is clear he will be, which is why now is the time to rally around Romney and turn our attention to defeating the billion-dollar campaign machine of Obama and his radical left-wing special interests. I understand the liberal media’s desire for a long, drawn-out, bloody Republican primary. The longer the GOP primary lasts and the nastier it gets, the more likely it is that Obama can win re-election. Conservatives should not play into the hands of Obama and his friends in the media.” – GOProud executive director Jimmy LaSalvia, writing for the website of proud gay-basher Tucker Carlson.

Previous I Gots The Red Hat, Bitches!
Next “Frothy, Have You Googled Yourself?”