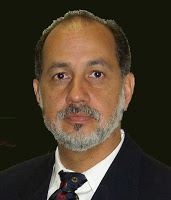 “Satan has warred mightily against this region, and has effectively neutralized it through the influence of principalities of rationalism, humanism, intellectual pride and spiritual arrogance. Massachusetts, as well as all of New England, has become a cemetery of churches, a breeding ground for heretical doctrine, and intellectual furnace energizing attitudes of godlessness, rational arrogance and secularism. It is no coincidence, of course, that something as dramatically distant from the Christian worldview as gay marriage would be originated in this region.

“Is it exaggerated to see prophetic significance in the fact that on September 11, 2001 Boston served as the point of departure for the deadly forces that spread so much destruction and havoc in this nation and all over the world? What took place at the material level is now being carried out at the moral and spiritual level, as the virus of homosexuality and gay marriage begins to spread dramatically all over this nation and perhaps the world.” – Pastor Roberto Miranda, whose endorsement of Mitt Romney was touted yesterday on Romney’s official campaign site. (Via Right Wing Watch & Good As You)