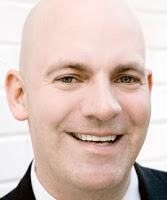 “Log Cabin Republicans have long advocated that one’s sexual orientation should not be grounds for discrimination or dismissal in the workplace. As conservatives, we believe in the meritocracy of one’s labor. Good behavior and excellent performance come with reward and encouragement. Bad behavior and poor performance come with punishment and corrective measures. To justify misbehavior in the workplace because of minority status is detrimental to the morale and performance of others. For [Bradley] Manning’s legal counsel at Fort Meade, Md., to suggest that his orientation and/or gender identity be part of a defense or excuse for misbehavior is as unacceptable as the use of a ‘gay panic’ defense by a murderer.” – LCR head R. Clark Cooper, writing for Stars & Stripes.

Previous Love Makes A Family: Holiday Edition
Next Catholic Cardinal: If Gays Protest The Church, They’re As Bad As The KKK