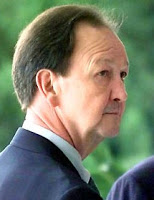 Lawrence Vs. Texas Plaintiff Dies At 68 John Geddes Lawrence, the man whose court battle resulted in the decriminalization of gay sex, has died at the age of 68. Chris Geidner reports at Metro Weekly:

In the facts underlying the Supreme Court case, Lawrence v. Texas, Lawrence and Tyron Garner were arrested under Texas’s Homosexual Conduct Law after police entered Lawrence’s home on Sept. 17, 1998, and saw them “engaging in a sexual act.” The couple challenged the law as unconstitutional, Lambda Legal backed their challenge, and the couple fought it up to the U.S. Supreme Court. Jenner & Block partner Paul Smith then argued the case for Lawrence and Garner on March 26, 2003. Three months later on June 26, 2003, Justice Anthony Kennedy wrote the court’s opinion, holding, “At the heart of liberty is the right to define one’s own concept of existence, of meaning, of the universe, and of the mystery of human life. … Persons in a homosexual relationship may seek autonomy for these purposes, just as heterosexual persons do.”

The second Lawrence Vs. Texas plaintiff, Tyson Garner, died in 2006.