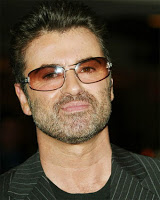 George Michael’s Austrian team of doctors have issued a statement saying that the pop star’s condition has improved. They also continued to bat down rumors that his hospitalization is HIV-related.

Professors Gottfried Locker and Christoph Zielinski said: “The latest development in Mr Michael’s case, which has evolved from a severe pneumococcal infection, necessitated intensive care due to its severity and extension. “We are happy to announce that Mr Michael is improving steadily with an impressive regression of pneumonic symptoms and follows a steady rate of improvement as hoped.” The doctors also confirmed that despite recent media speculation, the singer is not suffering from any other health issues.