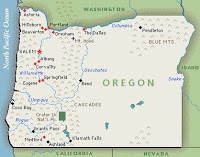 Feedback from an online survey of over 1,000 people, door-to-door canvassing, community meetings and two statewide television advertising campaigns overwhelmingly say, “we must allow our education work to continue,” Basic Rights Oregon announced Wednesday. “As far as we have come, which as been significant, we don’t yet have the kind of consensus that would indicate a reasonable expectation of success,” said Jeana Frazzini, executive director.