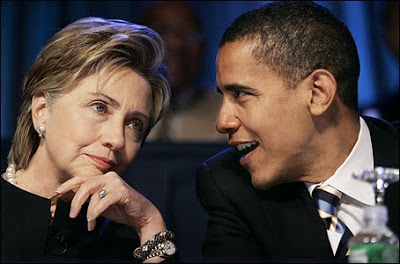 Paul Starr, co-editor of The American Prospect, a liberal-left magazine, has observed that 45 percent of the people who disapprove of Mr. Obama’s performance view Mrs. Clinton favorably. It is fair to say that Mrs. Clinton’s addition to the ticket would be a substantial gain for President Obama that he badly needs next November, since she is, as Mr. Starr notes, a member of the part of his administration that has the highest approval rating, and more important she has not at all been a part of the disastrous economic policies that have caused the Obama drop in popularity.

Even better for Election Day, she would gain support among older white voters, who did not support Mr. Obama very much in 2008. Mr. Starr also cites a Suffolk University Florida poll that shows that Mrs. Clinton on the Obama ticket would win Florida for the two of them, even if Sen. Marco Rubio is the Republican’s vice presidential candidate. One more advantage: With Mrs. Clinton comes her husband, who would very much want to get his wife elected, and also might be interested in a position in the Obama-Clinton administration.