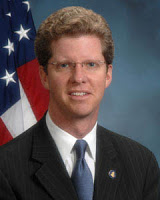 Asked about this summer’s passage of marriage equality in New York, Donovan says, “I was enormously proud to be a New Yorker on the day that it passed. I actually worked for Andrew Cuomo when he was Housing Secretary. I worked for Mike Bloomberg who has been a constant supporter of the law – what is now law.” He talked about how the law’s passage had affected those around him, saying, “So many friends that I know were able to achieve a dream the day that law passed. And so many neighbors. “It made me proud to be a New Yorker – not enough to get me to move back. We’ve got more work to do in the Obama administration in a second term.”

Geidner notes that while Secretary Clinton called the passage of marriage equality in New York “historic,” she has not explicitly endorsed same-sex marriage.