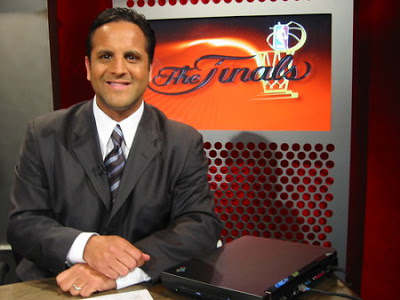 Always hard-pressed to find actual victims to support their new Marriage Anti-Defamation Alliance, NOM reached into Canada to hire sportscaster and “devout Roman Catholic” Damian Goddard as the group’s official spokesman. If you saw the video I posted yesterday, you know that Goddard claims he was fired from Sportsnet for sending a single tweet in support of “one man, one woman marriage.” Slight problem: Goddard’s former employers say he’s full of shit.

In response to questions about Mr. Goddard, Sportsnet released the following statement: “Mr. Goddard is aware of the reasons — which are well documented ­— why he is no longer with Sportsnet. Out of respect for our employees we do not discuss personnel issues in the press.” Mr. Gale said he contacted Sportsnet in May to see if there was an amicable way of settling the situation. He spoke to a senior person in human resources, who said Sportsnet had already made the decision to terminate Mr. Goddard for cause before the May 10 tweet and the company had lots of documentation to support its case.

Whatever Goddard did do to get fired, his employers won’t say publicly. Which means it’s probably pretty juicy. But NOM has never let the truth get between them and any chance to demonize LGBT Americans, even if they have to import a foreigner to do it.

Previous Douchebags Of The Day
Next Ruth Buzzi, Texan