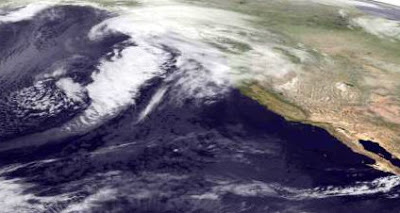 In what some climatologists are describing as a “100 year storm,” a massive system is causing flooding and widespread damage along the Alaskan coast.

Experts say damage will be worse because coastal areas have not yet developed their usual barriers of winter ice. Offshore monitors are recording wave heights of up to 40 feet.

Previous New From Mittens
Next Sierra Leone Says No To Gayism