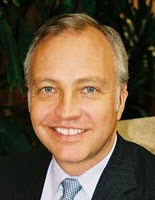 “Over 18 years, as executive director of a local, a statewide and a national organization, I saw firsthand how HRC had a tendency to undermine movement unity. They would undertake new initiatives or announce unhelpful positions in policy areas where they had little or no expertise; they were unnecessarily vague and secretive about meetings they were holding and about people and organizations they were working with; they would take credit for things in which they’d never even been involved. In talking with dozens of leaders in the movement, I have heard these same types of complaints again and again. People say they are reluctant to share core work, contacts or strategies if HRC is in the room (and it’s clear that HRC feels the same way about others).” – Former NGLTF head Matt Foreman, in a discussion on how the Human Rights Campaign might improve under their coming new (and as yet, unnamed) leader.