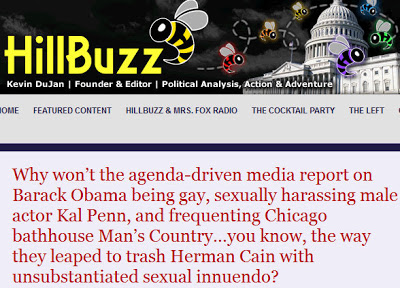 We haven’t heard much from Hillbuzz and its editor Kevin DuJan since his failed attempt to freep Dancing With The Stars on behalf of Bristol Palin. But as you can see by today’s entry, he’s still tilting at homocon windmills. At least he’s no longer posting daily predictions of President Sarah Palin.

RELATED: Last year DuJan whined that nobody will date him because of his homocon politics and his love for the baby Jeebus.