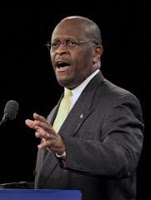 During his appearance on Sunday’s PBS Newshour, Herman Cain raised the specter of China gaining access to nuclear weapons. Unfortunately for him, they’ve had them for 47 years.

Woodruff began the interview asking whether China was “a potential military threat to the United States” in Cain’s eyes. Cain answered in the affirmative, and responded that in order to neutralize the threat, he would “outgrow China” economically. Then he noted that the threat was assuaged significantly by the fact that “we already have superiority in terms of our military capability.” “I plan to get away from making cutting our defense a priority,” he noted, stating his motto as “peace through strength and clarity.” He then turned to the threat he saw he would need to stop: “they’ve indicated that they’re trying to develop nuclear capability and they want to develop more aircraft carriers like we have.”