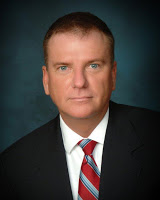 “Truth Wins Out if you look further, including Wayne Besen. He’s asked for people, you know, somebody needs to run Greg over. He needs to be hit with a bus. Somebody should inject him with AIDS. Those are the things that Wayne Besen and Truth WIns Out says about me. That’s pretty hateful rhetoric.” – PFOX president Greg Quinlan, speaking in a televised interview.

Unfortunately for Quinlan nothing he said about me or Truth Wins Out is true or accurate. What he said was outright libel and a complete fabrication that he invented out of thin air. It speaks to Quinlan’s character that he lies so easily and simply makes things up. As for me, I’d be more than happy to take a lie detector test or a NoLie MRI to prove that I’ve never said such vile words. Will Quinlan also take these tests to prove the “veracity” of his calumny? Truth Wins Out is exploring its legal options. Do our readers think that we should sue PFOX and Quinlan for libel and defamation?