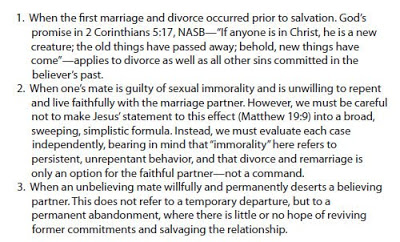 Focus On The Family’s Application

If you want to be selected for Focus On The Family’s Leadership Institute, you must sign a pledge which includes the below policy statement.

Homosexuals are entitled to the same basic rights as other citizens. Focus on the Family stands against any movement to rob them of those rights, persecute them, deprive them of employment or housing, or harass them in any way. Nevertheless, Focus does take strong exception to the activist movement that seeks to gain special privileges and protected minority status for the homosexual community. There is no evidence that homosexuals, as a class, are discriminated against in the present society. They are not like African-Americans, Hispanics or other historically disadvantaged groups, for they have a far higher average income than most Americans, a higher level of education than most Americans and significant political influence. Focus on the Family also opposes the efforts of radical homosexual “social reformers” who wish to redefine the family, permit homosexual “marriages,” be able to adopt children and recruit the young.

The same document elaborates on the three instances in which divorce is permitted by Scripture. Interestingly, physical abuse does not appear to be grounds for Jeebus to approve of your divorce. Anyway, read the entire thing (PDF) for a larf.