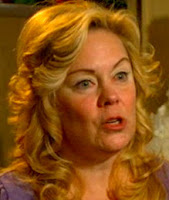 “I’ve gotten a lot of nasty comments from Christians who don’t think that the stand I’ve taken is right. They need to read the Book of Romans. You know, Christ is very clear. We are either for him or against him; we’re not supposed to be lukewarm; we’re either hot or we’re cold. And there was never a question in my mind how I was supposed to handle this, never — because he’s everything to me.” – Iowa cake baker Victoria Childress, the martyr du jour of the religious right.

RELATED: Also leaping on the chance to lionize Childress is NOM, who this week promoted a column which suggested citizens should SPIT on the women who tried to purchase a cake from Childress. From the article which also called the women jihadi terrorists: “Those who would contemplate using such a law to bully others should not be able to go out in the streets for fear of being spat upon by decent people.”