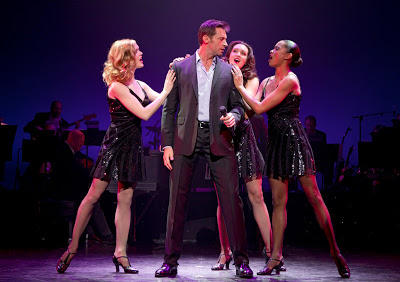 The impossibly talented, impossibly energetic Mr. Jackman is a glorious dinosaur among live entertainers of the 21st century: an honest-to-gosh old-fashioned matinee idol who connects to his audiences without a hint of contempt for them or for himself. A movie star with a major action franchise (as Wolverine in the “X-Men” series), Mr. Jackman says he’s happiest as a song-and-dance man, the kind who conducts mass flirtation with a wink, a wriggle, a firmly handled melody and maybe a cane and some tap shoes.

If you thought tickets were impossible to find before the above-linked NYT rave, good luck getting one now. The show’s limited run is scheduled to end on January 1st, but with a box office bonanza like this, don’t be surprised to see a “held over” announcement come late December.