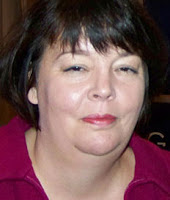 In today’s installment of Infighting Is Funny, Maggie Gallagher denounces pizza magnate Herman Cain for not being anti-gay enough. That’s news to US, Mrs. Srivastav.

He refused to sign the National Organization for Marriage’s marriage pledge for, well, no particular reason he could articulate. Something about it being Congress’ job to propose legislation, not the executive. In an interview at the APP debate in South Carolina, Cain personally told me he could support a federal marriage amendment, but in his first debate in New Hampshire he seemed to have joined Ron Paul​ in opposing a federal marriage amendment, saying he would leave the issue up to the states. He is our Obama. An untested candidate with a golden tongue; a blank slate upon whom we can hang our dreams –and fantasies. Social conservatives, be wary.