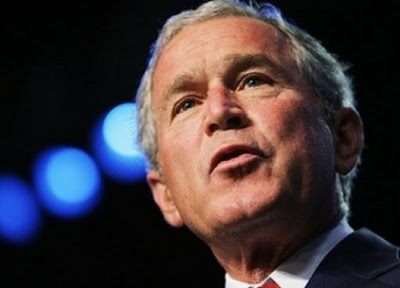 There is overwhelming evidence that Bush and other senior administration officials authorized and implemented a regime of torture and ill-treatment of hundreds of detainees in US custody,including at least two Canadian citizens. Under the Convention against Torture, Canada is obligated to prosecute individuals suspected of committing torture found in its territory if other countries have failed to do so. The Obama administration has failed to investigate allegations of involvement in torture by Bush or other senior administration officials, and none are expected.

The Vancouver Sun reports that Canada plans to ignore the demands.

“Amnesty International cherrypicks cases to publicize based on ideology. This kind of stunt helps explain why so many respected human rights advocates have abandoned Amnesty International,” Immigration Minister Jason Kenney said. Kenney noted in an email that in the past, Amnesty had not asked for Canada to bar former Cuban leader Fidel Castro, even though the rights organization itself said he had presided over “arbitrary arrests, detention, and criminal prosecution.”

Previous She’s Got A New Hat!
Next A Tweet From Bizarro World