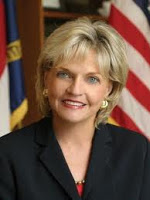 “My top priority is creating jobs. Too many people are out of work and I’ve heard from several business leaders who’ve told me that the proposed constitutional amendment will harm our state’s business climate and make it harder to grow jobs here. I believe that marriage is between one man and one woman: That’s why I voted for the law in 1996 that defines marriage as between one man and one woman, and that’s why I continue to support that law today. But I’m going to vote against the amendment because I cannot in good conscience look an unemployed man or woman in the eye and tell them that this amendment is more important than finding them a job.” – North Carolina Gov. Bev Perdue, in a statement posted today on her official website.