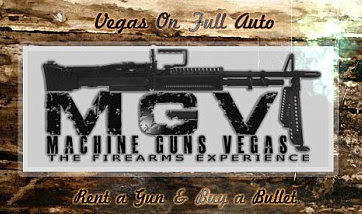 A new Las Vegas nightclub will feature “stunning gun girls” who will teach patrons how to fire machine guns.

The brainchild of Genghis Cohen, the impresario behind Tabu, an infamous club at the city’s MGM Grand Hotel, Machine Guns Vegas is set to open on December 15. Situated just behind the Mirage Hotel near the city’s central Strip, Las Vegas’s first ‘ultra gun lounge’ will glamourise the use of firearms. Mr Cohen is quick to dismiss any safety concerns, commenting that: ‘All Machine Guns Vegas girls are certified Range Safety Officers through the National Rifle Association.’ And while the ‘lounge’ will have a luxurious atmosphere, alcohol will not be allowed on site.

Louis Vuitton and Prada gun accessories will be sold at the club. SRSLY.

Previous Quote Of The Day – Rick Perry
Next Have Another One, Governor