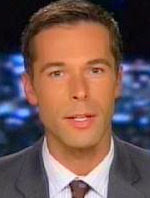 “I’ve never shared that I’m gay on-air, even though I’ve been out to my family, friends and co-workers for years. In fact, an old boyfriend – now best friend – has always given me a hard time about not doing so. But for the same reason that Zach decided to come out, I too, no longer wanted to hide this part of my life. There have been too many tragic endings and too many cases of bullying because of intolerance. As a kid I wanted someone to look up to, someone that could relate to the feelings I was having. Most of all, I wanted to know that it would get better. And it did. – ABC News anchor Don Kloeffler, who announced yesterday that Zachary Quinto had inspired him to come out.