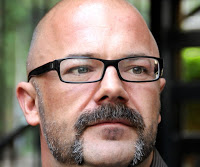 “To rid the world of Osama bin Laden, Anwar al-Awlaki and Moammar Qaddafi within six months: if Obama were a Republican, he’d be on Mount Rushmore by now.” – Andrew Sullivan. One his readers chimes in: “Bush and Saddam – One Trillion dollars and thousands of US lives. Obama and Qaddafi – One Billion dollars and zero US lives.”