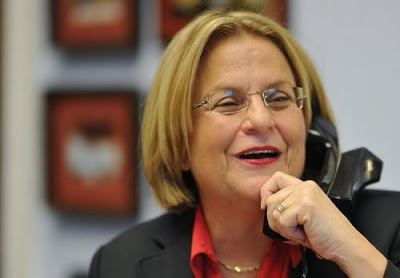 NOM is cheering a nasty attack on Rep. Illeana Ros-Lehtinen by a Florida-based Christianist hate group, who accuses the Miami-area congresswoman of taking bribes to become the first Republican House member to support the repeal of DOMA.

Florida Rep. Ileana Ros-Lehtinen (R) has embarrassed and ridiculed herself by becoming the first Republican to co-sponsor on a deceptive bill to overturn the bipartisan Defense of Marriage Act (DOMA). This new fraudulent legislation seeks to overturn the will of the people in Florida and all across America, by imposing so-called “homosexual marriage” on all fifty (50) states. No doubt, when voters elected Congresswoman Lehtinen, this was not a part of her “agenda”, she has lied to and misled her own constituents, donors and volunteers by kowtowing to an extremist agenda. As we go forward there is little doubt that the “incentives,” being used to sway votes, will be exposed.

The Christian Family Coalition closes by childishly taunting Ros-Lehtinen that Florida’s voters rejected same-sex marriage and “there’s not a single thing she can do about it!”