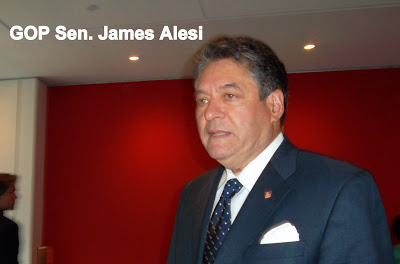 The event was held at the NYT headquarters and was sponsored by their GLBT & Allies Network. Sen. Alesi’s comments in particular were fascinating as he related his inner torment in voting against the marriage act in 2008 when he knew its passage was doomed. Today he is one of the four GOP state senators on NOM’s hit list. I was proud to shake his and the governor’s hands. UPDATE: Fellow blogger David Badash has posted his recap of the event over at New Civil Rights Movement.