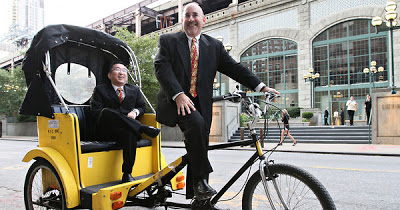 It was the wit and humor of Dr. He, however, that first attracted Mr. Wolfson, who came across his companion in January 2002 on the site gay.com. In turn, Dr. He, who was then studying for a Ph.D. in molecular biology at New York University, fell for Mr. Wolfson’s sense of humor — so much so that this normally introverted graduate student was inspired to make the first move. “I e-mailed him first, which is unusual, because I am the shy type,” said Dr. He, now 36 and a management consultant at Philosophy IB, a consultancy in Florham Park, N.J., where he assists pharmaceutical and consumer-product clients.

He’s a JMG reader, send him your best.

Previous Holestar – Queen Of Fucking Everything
Next New From Mittens