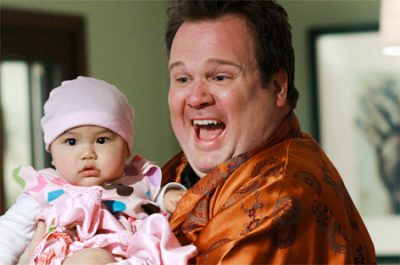 Concerned Women Are Concernstipated About Homosexuals On Television Concerned woman Janet Shaw Crouse longs for the days of nursery rhyme romances. Because all those homosexuals on television are destroying true love. Or something!

Looking back, it’s amazing how much our simple nursery rhymes taught us about life, including the natural progression of relationships. Intuitively, we knew these axioms to be true and passed them down throughout the generations. But these days, as conventional wisdom is increasingly convoluted, it isn’t surprising that many have rejected the order of romance first, marriage second, and finally childbearing, instead creating their own rules of the game. Indeed, gone are the days of Brady Brunch families and June Cleaver-style households; they have morphed into ABC’s “Modern Family“ — a show promoted as “redefining what family means,” and portrayed as “one big straight-gay, multicultural, traditional, happy family.” Hence, every day it seems, a new tide of case studies surfaces on the shores of our Hollywood-esque world of hook-ups, shack-ups, babydaddys, and babymommas, attempting to prove how “liberated” we are, unbound by the shackles of tradition.