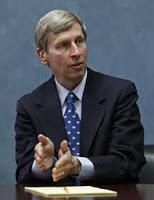 Anti-gay groups are doing cartwheels at today’s news that New Hampshire Gov. John Lynch will not seek reelection next year. Lynch signed his state’s marriage equality bill into law in 2009, but many of the bill’s backers were swept out of the legislature in the 2010 midterms. NOM and other hate groups have already put the marriage repeal effort into motion.