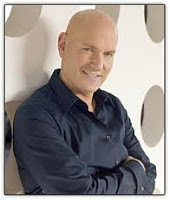 “I advise parents to not allow their children to watch the episodes in which Chaz appears. [snip] Chaz Bono should not be applauded for asserting she is a man (and goes about trying to look like one) any more than a woman who believes she will be happier without arms, has them removed and then continues to assert that she was right all along—her self-concept was that of a double amputee. Now, all is well. Chaz Bono should not be applauded any more than someone who, tragically, believes that his species, rather than gender, is what is amiss and asks a plastic surgeon to build him a tail of flesh harvested from his abdomen. If only a plastic surgeon would acquiesce, all would be well.” – Dr. Keith Ablow, writing for Fox News.