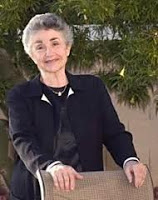 Liberty Counsel: All Gays Are Pedophiles “We know that pedophilia, which was the original Greek they say it’s ‘love of’ but of course it isn’t, it’s ‘lust for’ boys. And there’s a strong, clear, cross-cultural, historical reality, people don’t want to do deal with, but the propaganda has been loud and strong to deny the fact, the aim of homosexual males and now increasingly females is not to have sex with other old guys and get married but to obtain sex with as many boys as possible. That’s the reality. I wish it weren’t, but it is.” – Liberty University law professor Judith Reisman, speaking on Matt Barber’s Liberty Counsel radio show.