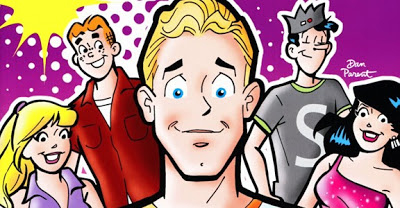 The January issue of Archie will feature the marriage of the series’ gay character, Kevin.

Introduced last year in an issue of the Veronica series, Kevin Keller is an aspiring journalist who also wants to follow in his father’s footsteps by joining the U.S. armed forces. The character has earned lots of attention and praise for tackling the subjects of gay teens and gays in the military, but as Kevin’s creator Dan Parent told ComicsAlliance in May, Archie Comics readers — like the Riverdale gang themselves — just simply love the guy for who he is.

Ooh, the wingers are gonna loooove this.