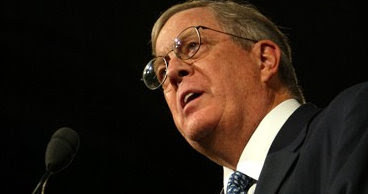 Billionaires Get Richer In “Tough” Times Bill Gates once agin tops Forbes’ list of the nation’s richest people. The wealthiest New Yorker is Tea Party puppeteer David Koch (above), who is worth $25 billion and with his brother is tied for the fourth wealthiest person in America. Mayor Michael Bloomberg is second in New York and twelfth nationally with a worth of $19.5 billion. Almost all of the billionaires on this year’s list are worth more than last year. Times are tough.