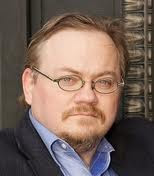 Asshat Of The Day – Matthew Vadum “Why are left-wing activist groups so keen on registering the poor to vote? Because they know the poor can be counted on to vote themselves more benefits by electing redistributionist politicians. Welfare recipients are particularly open to demagoguery and bribery. Registering them to vote is like handing out burglary tools to criminals. It is profoundly antisocial and un-American to empower the nonproductive segments of the population to destroy the country — which is precisely why Barack Obama zealously supports registering welfare recipients to vote. Encouraging those who burden society to participate in elections isn’t about helping the poor. It’s about helping the poor to help themselves to others’ money. It’s about raw so-called social justice. It’s about moving America ever farther away from the small-government ideals of the Founding Fathers.” – Matthew Vadum, writing for American Thinker.

RELATED: Media Matters notes that Fox News has already given this fuckwad airtime.

Previous Department Of Interior – It Gets Better
Next Just Married