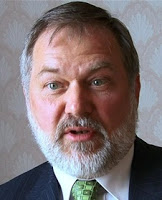 As you will know if you have ever attended an Americans For Truth banquet or speaking event, they are very special occasions. Our banquet this year will be made more special by the appearance of Scott Lively (right), a brilliant, veteran Christian culture warrior who has been leading the resistance against the homosexualist juggernaut — in the USA and across the world – for more than two decades. We will honor Scott, who has suffered greatly for doing good and honoring God and His Truth. Note that LaBarbera predicts “homosexual protesters chanting lies” outside his banquet. Let’s hope a local JMG reader burns the ten bucks to get inside the hate fest.