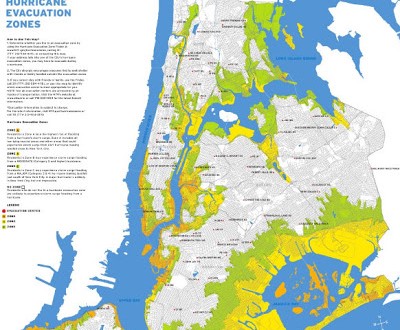 No order to evacuate any part of NYC has been issued, but just in case, today Mayor Bloomberg’s office released the above map of areas to skedaddle from, should the edict come. (Huge version here.) City beaches will likely be closed this weekend due to riptides, regardless of the storm’s track. Airlines are reportedly making plans to reposition their aircraft away from the “most vulnerable airports,” which will likely mean hundreds of canceled flights. Drama!