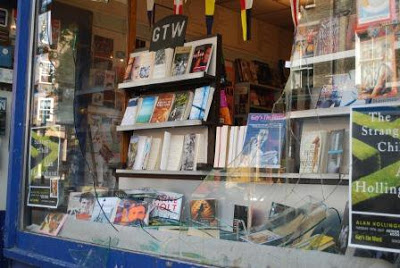 London’s famous Gay’s The Word bookstore was struck by vandals over the weekend.

Staff at the Marchmont Street store came to work this morning to find the front window smashed and the shopfront had been pelted with eggs. Assistant manager Uli Lenart told PinkNews.co.uk that witnesses reported seeing a group of youths “rampaging” up and down the street at around 12.30am and throwing eggs at another store. He said the gang, who were on bicycles, left the scene and reappeared ten minutes later with a rock and a bottle, which they threw through the shop’s front window before running off.

It’s not clear if the store was singled out as a gay business, but its manager noted that no other business had its windows smashed.