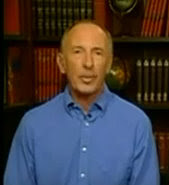 After being suspended for posting anti-gay comments on his Facebook page, last week Florida teacher Jerry Buell was reinstated when the KKK threatened to picket the local school board in his defense. The defiant Buell said that he did not intend to change his teaching philosophy, which includes speaking “as if Lake County had hired Jesus Christ himself.” Today Equality Florida shares some examples of Buell’s in-class comments as reported by former students.

Brian Blaise, an honors student who graduated in 2003, described the day Mr. Buell offered his disturbing take on the issue of gays serving in the military: “I looked up when he said he supported gays in the military, stunned by the answer. He immediately followed that comment with the statement that we should then put them on the front lines, and pull back,” Blaise said. Another of his students recounted Mr. Buell invoking the quote “A pig in a tuxedo is still a pig” to declare his disdain for recognizing gay relationships.

Got that? “Jesus Christ himself” is telling public school students that setting up gay soldiers to be murdered would be a hilarious thing to do. Christian Love.™

TAKE ACTION: Send an email to the Lake County School Board and demand that they expand anti-bullying and non-discrimination policies to include LGBT students.

IMPORTANT UPDATE: The source for the KKK aspect of this story, Orlando’s WFTV-ABC, has edited their original story to remove this claim. No explanation has yet been provided for this change.