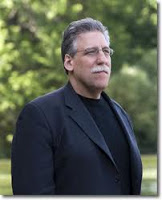 Asshat Of The Day – Michael Brown “How many other community groups feature prominent performances by drag queens at their events? Can you imagine crowds at an Hispanic Pride event, or Black Pride event, or Asian Pride event — just to name a few — being entertained by men wearing dresses (or less), hot pink wigs, and matching knee-high boots? And this is part of the LGBT’s strategy ‘to promote acceptance’? How telling. And how telling that, unmentioned by the Observer, there was a large truck stationed next to the festival offering ‘Free HIV Testing.’ Yes, just another typical community event. It is also a bit disconcerting to watch young men greet each other with exclamations of ‘Hey girl!’ before exchanging pecks on the cheek. Does your average child find it confusing to hear men call each other ‘girls’?” – Evangelist Michael Brown, on this weekend’s Charlotte Pride, where hundreds of red-shirted Christians gathered to scream insults and hatred at attendees. Brown recently self-published a book of anti-gay lies, A Queer Thing Happened To America.

RELATED: Brown is attempting to create another Christianist martyr in a local Charlotte woman who purposely marched her four young boys through the middle of the event in order that they be photographed near “not family friendly” vendors and attendees. We’ll be hearing more on this to be sure.

VIDEO: If you can bear it, here’s another clip of one of God’s Gentle People who spent the day accosting arrivals to let them know that they will die of AIDS and then spend eternity in a lake of fire.