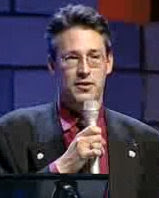 More anti-gay hate groups are piling on the petition drive to place a repeal of California’s LGBT history bill on the June 2012 ballot. Today, it’s the World Congress of Families.

“When people have [voted], and Governor Brown knows that he has an issue that would fail when put to a popular vote, of course, they just go around the people,” Jacobs explains. “They essentially implement their will. And, of course, in a democracy, that’s not the way things are supposed to work. It’s certainly something that forces our children to be indoctrinated in a certain way. It’s like a Nazi state or a communist type of way of dealing with an issue.” And he contends the bill has enforced the homosexual agenda on children in the state. “What the homosexual movement has done with … SB 48 [and] in general, in calling for equality, what they’re calling for is special rights,” the pro-family group spokesman notes. “We don’t have special things in education to teach people to change history based on a particular Christian worldview or Muslim worldview, but they go beyond that.”

Previous Brown: SPLC Is The Real Hate Group
Next Obama: We Have A Deal On The Table