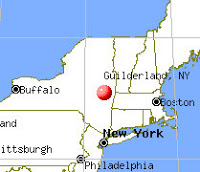 Another New York town clerk has (partially) resigned rather than officiate at any same-sex marriage.

The Guilderland Town Clerk, who also serves as the town’s official marriage officer, has submitted a letter of resignation saying her religious beliefs prevent her from marrying gay couples. Rosemary Centi advised the town supervisor of her decision earlier this week. Citing her Catholic Faith, Centi will no longer be marrying same-sex couples when the Marriage Equality Law takes effect July 24. Centi will remain on as the town’s clerk and continue to issue marriage licenses to all eligible couples. Her resignation only affects her appointed position as marriage officiant.

What’s with this half-assed quitting, Rosemary?

Previous Fox News: There Were No Terrorist Attacks On America During Dubya’s Terms
Next Ed Shultz On Fox News’ 9/11 Gaffe