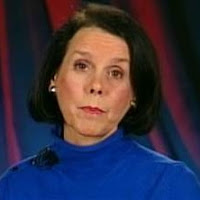 Elaine Donnelly of the anti-gay Center for Military Readiness is backing a bill that bans federal policy changes that violate DOMA.

“The reason this [amendment] is necessary is because the Department of the Navy, in particular, has already signaled that contrary to assurances given to Congress, they are quite prepared to start conducting same-sex marriages on military bases — which would, for the sake of consistency, lead to the extension of benefits to these same-sex couples,” says Donnelly.” And the Defense of Marriage Act would preclude that, she argues. “In fact, the extension of benefits to same-sex couples on the same basis as opposite-sex couples probably could blow a hole in the Department of Defense budget.”

The bill, coauthored by wingnut GOP Rep. Virginia Foxx and GOP Rep. Dan Burton, has no real shot of passage in the Senate.