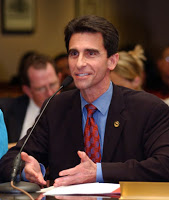 “Today we are making history in California by ensuring that our textbooks and instructional materials no longer exclude the contributions of LGBT Americans,” said Senator Leno (D-San Francisco). “Denying LGBT people their rightful place in history gives our young people an inaccurate and incomplete view of the world around them. I am pleased Governor Brown signed the FAIR Education Act and I thank him for recognizing that the LGBT community, its accomplishments and its ongoing efforts for first-class citizenship are important components of California’s history.” Research indicates that students who learn about LGBT people find their school environments more accepting of LGBT youth. Students are also more likely to report that their LGBT peers are treated fairly at school – and that other types of peer-to-peer disrespect also declines – when LGBT people and issues are included in instructional materials.

The bill was hotly opposed by the usual anti-gay groups nationwide, with the hate group Save California taking the lead in fighting the measure. So SUCK IT, Randy Thomasson!