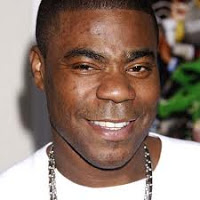 Comedian and 30 Rock star Tracy Morgan is in hot water with LGBT activists after performing an anti-gay monologue during a Nashville concert.

Kevin Rogers, who was in attendance, posted a public note on Facebook detailing at length the hateful language used by Morgan. What did the comic say? After laying out the usual lines about homosexuality being a choice, he said “god don’t make no mistakes” and said that “all this gay stuff is bullsh*t.” What does he think about lesbians? “There is no way a woman could love and have sexual desire for another woman, that’s just a woman pretending because she hates a [expletive] man.” And then he got even more honest: “If my son were gay he better come home and talk to me like a man and not [like a homosexual–Morgan mimicked a feminine voice] or I’d pull out a knife and stab that little N***** to death.” The worst thing about the 30 Rock star’s rant? It was greeted with cheers and applause from many in the audience.