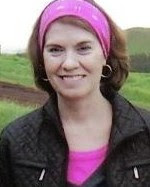 “It Gets Better. It’s a video campaign organized by a radical and vicious, vicious, vulgar, profane, anti-Christian, I can’t say enough things along that line about him. Dan Savage. He’s an activist, been around for years. This It Gets Better campaign is a video campaign that a lot of the leftist politicians including our president have jumped on board, so have some celebrities. It’s supposed to encourage kids, that’s great. Encourage kids, say, you know if you’re having trouble, you’re getting bullied, you feel despaired, don’t give up. That would be a worthy goal if they stop there. But no they tag on to it approval of homosexuality and the implication that anybody who objects is just like those bullies out there and they’re leading you or others into suicide. That’s just wrong, it’s evil, it’s dark, this Dan Savage has already come out attacking my friend Peter [LaBarbera].” – Hate group leader Linda Harvey of Mission America, in a Christian radio show denouncing Gay Pride Month.