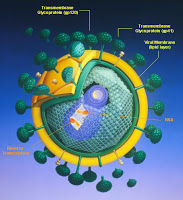 So notes the Centers for Disease Control:

The majority of the estimated 56,000 new HIV infections that occur each year are transmitted by those who are unaware of their infection. Effective HIV treatments now allow people living with HIV to live long, productive lives, yet nearly 17,000 people with AIDS still die every year in the United States. Despite these troubling statistics, the majority of Americans have still never taken an HIV test. Many people don’t recognize that they’re at risk for HIV infection, even if they engage in behaviors that put them at risk. Others may fear what a positive diagnosis could mean for them, despite the effective treatments now available. And many people don’t yet realize that testing today is quick, easy and confidential. On this National HIV Testing Day, don’t let fear or misinformation stop you from getting tested. I strongly encourage all Americans to get tested for HIV, and to text and tweet hivtest.org to your friends and family to encourage them to do the same. HIV testing is the critical first step to protect yourself and your loved ones from HIV, and to help end the HIV epidemic in the United States.

In addition to the LGBT community health centers, there are many locations in New York City which offer rapid same-day HIV testing. Know your status.