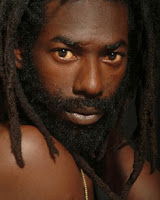 This morning reggae superstar Buju Banton was sentenced to ten years in federal prison for cocaine trafficking. Banton’s particular style of reggae was dubbed “murder music” for lyrics that often called for the murders of gay men. In recent years his concert appearances were picketed by LGBT activists who sometimes convinced promoters to cancel the shows entirely. Banton’s supporters claim that his drug arrest was a conspiracy set up between the DEA and gay activists.

RELATED: In February 2011, Banton won the Grammy Award for Best Reggae Album despite protests over having even been nominated.

Previous NY Papers: Marriage Is Close (Or Not)
Next Quote Of The Day – Anita Bryant