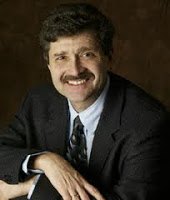 “Among those who describe themselves as homosexual or bisexual (a grand total of 3.7% of the 18-44 age group), overwhelming majorities (81%) say they’ve experienced sex with partners of the opposite gender. Among those who call themselves heterosexual, on the other hand, only a tiny minority (6%) ever engaged in physical intimacy of any kind with a member of the same sex. These figure indicate that 94% of those living heterosexual lives felt no physical attraction to members of the same sex, but the great bulk of self-identified homosexuals and bisexuals feel enough intimate interest in the opposite gender to engage in erotic contact at some stage in their development. [snip]

“In other words, for the minority who may have experimented with gay relationships at some juncture in their lives, well over 80% explicitly renounced homosexual (or even bisexual) self-identification by age of 35. For the clear majority of males (as well as women) who report gay encounters, homosexual activity appears to represent a passing phase, or even a fleeting episode, rather than an unshakable, genetically pre-determined orientation.” – Asshat conservative columnist Michael Medved, twisting statistics for USA Today.