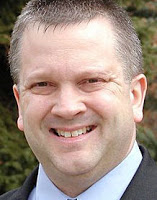 “The institution of traditional marriage has never been under greater attack,” said Metcalfe. “This not only includes the special interests who want to permanently redefine marriage, but unfortunately the executive branch and the federal Department of Justice who have blatantly and recklessly refused to uphold and defend its Constitutionality. Once again, it falls to the responsibility of state lawmakers to restore the rule of law and carry out the will of the people.”

Metcalfe’s bill would have to be approved by two consecutive sessions of the state legislature before being placed on the ballot.