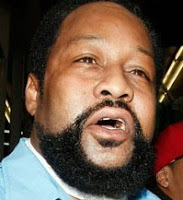 Victor Willis, the original “cop” in Village People, is suing the band for $1.5M in royalties. Willis left the band in 1980 and was later arrested several times for drug possession.

The village person penned the band’s most infectious hits — including “Y.M.C.A.,” “Macho Man,” “In the Navy,” and “Go West” — and deserves his fair share of the funky financial windfall, Willis claims in a federal lawsuit filed last week. Willis is suing Can’t Stop Productions, which handles the rights to the band’s songs. Willis was inspired to write “Y.M.C.A.” after a clueless Morali asked him about why people went to the Y. The lyrical licks described “what it was like going into a new town and not having a lot of money and needing a place to stay,” he said. Willis is still blown away by the heavy airplay of the disco ditty.

Ray Simpson has performed as the cop since 1987.